Two organizations have been chosen to receive the World Methodist Peace Award for 2017. The recipients were chosen at this year’s World Methodist Council Steering Committee meeting held in Rome, Italy. The committee verbalized its desire to present the award to both a Methodist and Non-Methodist recipient, especially during a time when the world needs to hear and see peace-making in action. Both organizations have boldly worked for peace in their respective areas of the world, but have also been instrumental in inspiring others to work for peace globally. 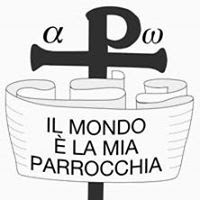 was chosen for their work with and commitment to migrants and refugees dating back to 1989. This small church (part of the Union of Methodists and Waldensians in Italy) has exhibited great courage when faced with the large crisis of refugees and migrants flooding Europe. When others said the problems were insurmountable, the OPCEMI’s attitude has been that “we could do no other – we could not sit by and let this happen.” A safe and welcoming space called “House of Culture” was created at Scicli in Sicily, which has welcomed refugees and migrants from Syria, Iraq, the Middle East as well as North, Central and West Africa. The church’s work has spanned decades and has welcomed migrants of Protestant, Catholic, and Muslim faiths. Their involvement with Mediterranean Hope has been consistent and has continued despite the increasing wave of arrivals in Italy. The OPCEMI continues its efforts also by financing the humanitarian corridors through the “8 x 1000” office of the Union of the Waldensian and Methodist Churches in Italy.

More information about Methodist Churches in Italy and their projects may be found at www.Metodisti.it and www.mediterraneanhope.com. 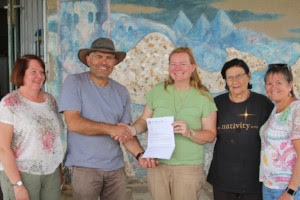 Nations which they host on their 100 acre farm located southwest of Bethlehem in a highly disputed area of Palestine controlled by the Israeli Government. The family remains on their land and share their story of peace with guests from around the world. The family is not permitted to develop their farm for agricultural purposes, not having access to power, water, or sewer infrastructure, nor obtain permits for any new buildings. The family has instead come up with creative and sustainable alternatives. Each summer, children from local villages (Christian and Muslim) participate in a summer camp aimed at giving the children freedom and distraction from the surrounding politics, empowering the children with self-confidence so that they can be a part of a better future for Palestine. The family also established the Bent Al-Reef Women’s Centre to empower women with classes in English, computer, art, etc., and encourage them to play a role in shaping society. Each year hundreds of volunteers travel to Palestine and live with the Nassar family and actively engage with working the land, participating and leading programs.

On receiving the news of the award, Daoud Nassar stated, “It was a special moment for all of us to hear that the 2017 Peace Award is going to our family. We are honored to receive this Award. We will continue our struggle for justice with faith, love and hope knowing that we are not left alone. We will also continue to cultivate the land and plant more seeds for a better and peaceful future. Together, we can make a difference.”

More information can be found at www.tentofnations.org.